There is an enemy beneath our feet-an enemy more deadly for his complete impartiality. He recognizes no national boundaries, no political parties. Everyone in the world is threatened by him. The enemy is the earth itself. When an earthquake strikes, the world trembles. The power of a quake is greater than anything man himself can produce. But today scientists are directing a great deal of their effort into finding some way of combating earthquakes, and it is possible that at some time in the near future mankind will have discovered a means of protecting itself from earthquakes. An earthquake strikes without warning. When it does, its power is immense. If it strikes a modern city, the damage it causes is as great as if it has struck a primitive village. Gas mains burst, explosions are caused and fires are started. Underground railways are wrecked. Buildings collapse, bridges fall, dams burst, gaping crevices appear in busy streets. If the quake strikes at sea, huge tidal waves sweep inland. If it strikes in mountain regions, avalanches roar down into the valley. Consider the terrifying statistics from the past 1755: Lisbon, capital of Portugal- the city destroyed entirely and 450 killed. 1970: Peru: 50,000 killed. In 1968 an earthquake struck Alaska. As this is a relatively unpopulated part, only a few people were killed. But it is likely that this was one of the most powerful quakes ever to have hit the world. Geologists estimate that during the tremors, the whole of the state moved over 80 feet farther west into the Pacific Ocean. Imagine the power of something that can move an entire subcontinent! This is the problem that the scientists face. They are dealing with forces so immense that man cannot hope to resist them. All that can be done is to try to pinpoint just where the earthquake will strike and work from there. At least some precautionary measures can then be taken to save lives and some of the property.

If the West was considered the place of historical progress and scientific development, then the orient was deemed remote from the influence of historical change. ‘orientalism assumed an unchanging orient’, it is argued. It was considered to be essentially no different in the twelfth century than it was in the eighteenth, trapped in antiquity far behind the modern developments of the ‘Enlightened, West. Conceived in this way, the Orient was often considered as ‘primitive’ or ‘backwards’. A Westerner travelling to oriental lands was not just moving in space from one location to the other, potentially they were also travelling back in time to an earlier world. Hence in orientalism, the orient exists as a timeless place, changeless and static, cut off from the progress of western history.

The chief record of Wordsworth’s College life is to be found in ‘The Prelude’. Wordworth did not distinguish himself as a scholar and if his life had any incidents, they were of that interior kind which rarely appear in biography, though they may be of controlling influence upon the life. Hes speaks of reading Shaucer, Spencer and Milton while at Cambridge but no reflection from them is visible in his earliest published poems. The greater part of his vacations was spent in his native Lake-Country, where he is only sister, Dorothy, was the companion of his rambles. She was a woman of large, natural endowment, chiefly of the respective kind and had march to do with the formation and tendency of the poet’s mind. It was she who called forth the shyer sensibilities of his nature and taught an originally harsh and austere imagination to surround itself with fancy and feeling, as the rock fringes itself with a sun-spray of ferns. Though the greater part of his life she continued to be a kind of poetical conscience to him .

The balance of nature is a very elaborate and very delicate system of checks and counter-checks. It is continually being altered as climate change, as new organism evolve, as animals or plants permeate to new areas. But the alterations have in the past, for the most part, been slow, whereas with the arrival of civilized man, their speed has been multiplied manifold.

Everywhere man is altering the balance of nature. He is facilitating the spread of plants and animals into new regions, sometimes deliberately, sometimes unconsciously. He is covering huge areas with new kinds of plants or with houses, factories, slag-heaps and other products of his civilization. He exterminates some spaces on a large scale, but favours the multiplication of others. In brief, he has done more in five thousand years to alter the biological aspects of the planet than has nature in five million.    (145 words)

4. Make a precis of the following passage and add a suitable title: 40

Culture is a forbidding word. I have to use it, knowing of none better to describe the various beautiful and interesting objects which man have made in the past and handed down to us and which some of us are hoping to hand on. Many people despise them. They argue with force that cultural stuff takes up a great deal of room and time and better be scrapped.

Cultivated people are like drops in ocean. They mix easily and generally with other drops, for those exclusive days are over when cultivated people made only cultivated friends and became tongue-tied or terror-struck in the presence of anyone whose make-up was different from their own. Culture, thank goodness, is no longer a social asset, it can no longer be employed either as a barrier against the mob or as a ladder into the aristocracy.

All the same we are a drop in the ocean. Few people share our enjoyment so far. Strictly between ourselves and keeping our limited circulation in mind, let up put our heads together and consider for a moment our special problem, our special blessings, our special woes. No one need listen us who does want to. We whisper in the corner of a world which is full of others’ noises and louder ones.

Come closer, our problem, as I see it is what We have got worth passing on. What we have is (roughly speaking) a little knowledge about books, pictures, tunes, and a little skill in their interpretation. Seated beside our grass-fires and beneath our electric bulbs, we inherit a tradition which has lasted for about three thousand years.

4. Make a precis of the following passage and add a suitable title. 40

In reality, the soldier who is engaged in armed combat in a national war deliberately measures from day to day the sum of all degradation inflicted upon many by colonial oppression. The man of action has sometimes the exhausting impression that he must restore the whole of his people that he must bring every one of them up out of the pit and out of the shadows. He very often sees that his task is not only to hunt down the enemy forces but also to overcome the kernel of despair which has hardened in at the native’s being. The period of oppression is painful, but the conflict ; by reinstating the downtrodden, sets on foot a process of reintegration which is fertile and decisive in the extreme. A people’s victorious fight not only consecrates the triumph of its rights ; it also gives to that people consistence, coherence and homogeneity. For colonialism has not simply depersonalized the individual it has colonized; the depersonalization is equally felt in the collective sphere, on the level of social structures. The colonizes people find that they are reduced to a body of individuals who only find cohesion when in the presence of colonizing nation.

The fight carried on by a people for its liberation leads it, according the circumstances, either to refuse or else to explode the so-called truths which have been established in its consciousness by the colonial civil administration, by the military occupation, and by economic exploitation. Armed conflict alone can really drive out these falsehoods created in man which force into inferiority the liveliest minds among us and which, literally, mutilate us.

4. Make a precis of the following passage and add a suitable title. 40

I quite understand that food and the utensils to eat it out of are both needful to man. But where there is a “shortage of food, a parsimony in re­gard to utensils also becomes necessary. To make the paraphernalia of our Education so expensive that Education itself becomes difficult of attain­ment would be like squandering all one’s money in buying money-bags.

We in the East have had to arrive our own solution of the problem of life. We have, as far as possible, made our food and clothing unburden some; and this our very climate has taught us to do. We require openings in the walls more than the walls themselves. Light and air have more to do with our wearing apparel than the weavers’ loom. The sun makes for us the heat-producing factors which elsewhere are required from food-stuffs. All these natural advantages have molded our life to a particular shape, which I cannot believe it will be profitable to ignore in the case of our education.

I do not seek to glorify poverty. But simplicity is of greater price than the appendages of luxury. The simplicity of which I speak is not merely the effect of a lack of superfluity : it is one of the signs of perfection. When this dawns on mankind, the unhealthy fog which now besmirches civilization will be lifted. It is for lack of this simplicity that the necessaries of life have become so rare and costly.

Most things in the civilized world, such as eating and merry-making, education and culture, administration and litigation, occupy more than their legitimate space. Much of their burden is needless; and in bearing it civilized man may be showing great strength, but little skill. To the gods, viewing this from on high, it must seem like the floundering of a giant who has got out of his depth and knows not how to swim. (317 words)

2. Make a precis of the following passage and add an appropriate title :      40

Not a few of our troubles are the result of acting before thinking; we do our thinking afterwards – and too late. It would be difficult to reckon how many friendships have been broken up simply because one of the friends did not use his head. He ought to have known; he did not know, but he simply did not think; and what he did or said cannot be undone or unsaid. Afterwards we recall the matter and wonder why we were such fools; and then we get out and play the same fool trick for the thousand – and – first time. A little thinking might save a thousand useless regrets.

It is a difficult lesson to learn, but it can be mastered. It will not be easy, but it can be done, and it will repay a thousand fold all the labour necessary for its accomplishment. To learn to think just before we speak, just before we act, is something which thousands never learn, and all their life time they regret the fact because of its inevitable consequences; and yet they might have learnt the lesson in early life and have saved themselves and their friends much necessary worry. 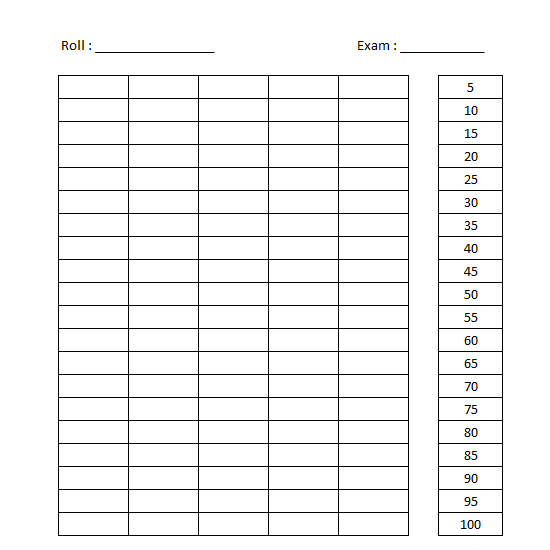