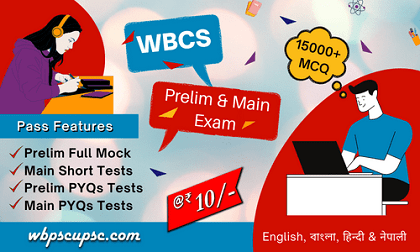 11. Who appoints the Chairman of the UPSC?

(B) Speaker of Lok Sabha

18. The 101st Amendment of the Indian Constitution is related to

(A) Bodo, Dogri (Dongri), Maithili & Santhali were added in the Eighth Schedule.

31. Duties and Powers of the Comptroller and Auditor General is mentioned in which Article?

33. Which Article of the Constitution of India contains provisions for a National Commission for the Scheduled Castes and Scheduled Tribes?

35. The Election Commission of India is a

36. The Election Commission holds election for

(A) the Parliament, State Legislature and the posts of the President and the Vice-President

(B) the Parliament, State Legislative Assemblies and the State Council

(D) the Parliament and the State Legislative Assemblies

93. Who was the first Chief Election Commissioner of India?

102. Which Article mentions about the Finance Commission?

(A) functions of Public Service Commissions

(B) functions of Panchayati Raj Institutions

(D) power of Parliament to vary or revoke

110. Whenever the government spends more than it collects through revenue, the resulting imbalance is known as

135. Who appoints the Chief Election Commissioner of India?

187. The control of the preparation of electoral rolls for Parliament and Legislature vests with the

5. Hindi in Devanagari script is the official language of the Union according to which Article in the Indian Constitution ?

20. Who appoints the Chairman and Members of the State Public Service Commission ?

(A) The Governor of a State

(B) The Chief Justice of the High Court of the State

(C) The President of India

(D) The Chief Minister of the State

(A) President of India

(B) Prime Minister of India

78. Sanskrit is the 2nd official language of which state in India ?

(A) Right to Education as the Fundamental Right to all the children under 14 years in India.

(C) Reservation of seats for women in local bodies.

94. The sixty-first Amendment of the Constitution of India, lowered the voting age of elections to the Lok Sabha and to the Legislative Assemblies of States from 21 years to 18 years in which year ?

97. When was the first general election to the Lok Sabha in India held ?

52. Chairman and other members of the Union and State Public Service Commission are appointed by
a) the President
b) the President and Governor of respective States
c) the Prime Minister and Chief Minister of respective States
d) Both (a) & (c)
54. The members of UPSC hold the office
a) during the pleasure of President
b) as long as they enjoy the confidence in Parliament
c) for life or till they attain the age of 70 years
d) for the term of the six years or till they attain the age of 65 years
55. The Election Commission is responsible for the conduct of election to
a) Parliament
b) State Legislature
c) Office of President and Vice President
d) All the above
56. The members of UPSC can be removed from the office before the expiry of the term by the
(Article 317)
a) Prime Minister
b) Chairman of UPSC
c) President on recommendation of Supreme Court
d) Prime Minister on recommendation of Supreme Court
57. The Chief Election Commissioner is
a) appointed by Home Minister
b) appointed by Prime Minister
c) elected by Parliament
d) appointed by the President
100. Under Article 321 of the Constitution, the power to extend functions of the Union Public Service Commission has been vested in the
a) Ministry of Home Affairs
b) Parliament
c) Chairman of the Commission
d) President
78. Which Article of the Constitution provides for the appointment of Comptroller and Auditor General
a) Article 78
b) Article 148
c) Article 178
d) Article 238
96. How many languages are present in the Eighth Schedule of the Constitution?
a) 16
b) 18
c) 20
d) 22

5. UPSC submits its Annual Report on its work to
(A) The Parliament
(B) The Union Home Minister
(C) The President
(D) The Chief Justice of India
6. The Chief Election Commissioner is
(A) Elected by Parliament
(B) Appointed by Home Minister
(C) Appointed by Prime Minister
(D) Appointed by President
10. Finance Commission is constituted by the President every
(A) 2 years
(B) 3 years
(C) 5 years
(D) 7 years
11. The Vote value of the voters in the President Election in India are based on the population count of the respective State for the year,
(A) 2010
(B) 1969
(C) 1971
(D) 1991
13. Article 340 of the Constitution of India deals with
(A) Finance Commission
(B) Election Commission
(C) Backward Classes Commission
(D) UPSC
14. The UPSC has to serve only
(A) Selected States
(B) Entire Nation
(C) Union Territories
(D) Depends on President’s will
18. National Development Council is
(apex & advisory body)
(A) Political body
(B) Non-political body
(C) Statutory body
(D) None of the above
38. The Chairman of the Public Service Commission of a State can be removed from his office by
(A) The President of India
(B) The Governor of the State
(C) The Legislative Council of the State
(D) The High Court of the State
78. Under Article 321 of the Constitution of India the power to extend functions of the Union Public Service Commission has been vested in the
(A) President of India
(B) Parliament
(C) Chairman of the Commission
(D) Ministry of Home Affairs 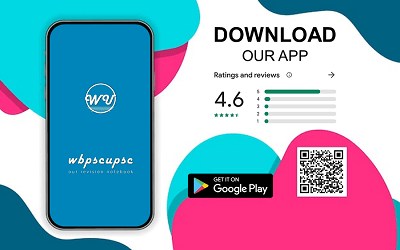 8.   The members of UPSC can be removed from the office before the expiry of the term by the
(A) Prime Minister
(B) Chairman of UPSC
(C) President on recommendation of Supreme Court
(D) Prime Minister on recommendation of Supreme court
10.  The Composition of UPSC
(A) Has been laid down in the Constitution
(B) Is determined by Parliament
(C) Is determined by President
(D) Is determined by Home Ministry
11.  Which Article of the Constitution of India provides that it should by the endeavor of every State and every local authority to provide adequate facility for instruction in the mother tongue at the primary stage of education to linguistic minority groups :
(A) Article 349
(B) Article 350
(C) Article 350-A
(D) Article 351
12.  The first Election Commissioner of India was :
(1950)
(A) Sukumar Sen
(B) Dr. Nagendra Singh
(C) S.P. Sen Verma
(D) K.V.K. Sundaram
13.  The Constitution of India provides that “it shall be the duty of the Union to promote the spread of the Hindi language”. It is found in
(A) Article 49
(B) Article 149
(C) Article 351
(D) Article 355
14.  English is the official language of which one of the following States ?
(Arunachal Pradesh & Nagaland)
(A) Nagaland
(B) Assam
(C) Manipur
(D) Tripura
15.  Point out the correct statement :
1. Originally the Constitution of India had 14 languages in the 8th schedule
2. Currently there are 22 languages in the Constitution of India
(A) 1 correct
(B) 2 not correct
(C) Both 1 and 2 are correct
(D) Both 1 and 2 are incorrect
16.  Which of the following funds/authorities/ bodies can be audited by the CAG ?
1. Consolidated Funds of Union Government, State, U.Ts having legislative Assemblies
2. Contingency Funds of India
3. Public Accounts of States
4. Receipts and expenditure of PPP (Public Private Partnership)
(A) 1, 2, 3 only
(B) 1, 2 only
(C) 1, 3 only
(D) All
20.  What is the criteria for a regional party to be recognised as a national party ?
(A) Must be recognised in at least 4 states
(B) Must be recognised in at least 3 states
(C) To get 1/10th seats in the Lok Sabha
(D) Must get 1/10th seats in both Lok Sabha and Rajya Sabha
23.  Choose the incorrect statement among the following :
(A) The National Commission for S.C. is a 6 member body
(B) National Commission for S.C. is a constitutional body established with a view to provide safe-guards against the exploitation of Scheduled Castes.
(C) The first commission came into being on Aug, 1978
(D) The Commission enquires into specific complaints with respect to the deprivation of rights and safeguards of the Scheduled Castes
24.  With reference to National Human Rights Commission (NHRC) consider the following statements :
1. Only a retired Chief Justice of India can become a Chairman of NHRC
2. The Chairman can be re-appointed
Which of the statements above is/are correct ?
(A) 1 only
(B) 2 only
(C) Both 1 & 2
(D) Neither 1 nor 2
25.  The jurisdiction of the Union Public Service Commission can be extended by :
(A) Government by a resolution
(B) President
(C) Parliament
(D) (B) or (C) depending on the type of extension
26.  Reservation of seats for Scheduled Castes and Scheduled Tribes is dealt within :
(A) Part XII of Constitution of India
(B) Part XIII of Constitution of India
(C) Part XIV of Constitution of India
(D) Part XVI of Constitution of India
27.  The Constitution of India has defined which of the following ?
1. Scheduled Caste
2. Scheduled Tribe
3. Anglo Indians
Select the correct answer
(A) 1 and 2 only
(B) 1, 2 and 3 only
(C) 3 only
(D) 2 and 3 only
28.  Which of the following articles correctly matched ?
(A) Election Commission – Art 324
(B) Finance Commission – Art 200
(C) Attorney General – Art 176
(D) National Commission for Scheduled Castes and Tribes – Art 320
29.  Who was the first woman to become a Chief Election Commissioner of India ?
(A) V. S. Ramadevi
(B) G. D. Das
(C) S. K. Bedi
(D) R. M. Nikam
30.  Which Article of the Indian Constitution empowers the President, to appoint a Commission to investigate the condition of the backward classes in general and suggest ameliorative measures ?
(A) Article 340
(B) Article 342
(C) Article 344
(D) Article 339
35.  Though all government servants hold office during the pleasure of the President or the Governor (as the case may be), two procedural safe-guards are provided for the security of tenure of ‘civil servants’ as distinguished from military personnel by the Constitution of India –
1. A civil servant shall not be dismissed or removed by any authority subordinate to that by which he was appointed
2. No dismissal, removal or reduction in rank shall be ordered against a civil servant unless he has been given a reasonable opportunity of being heard in respect of the charges brought against him
(A) 1 correct
(B) 2 correct
(C) Both 1 and 2 correct
(D) 1 correct, 2 incorrect
39.  Point out what is not the primary function of the Finance Commission in India
(A) Prepare estimates of consolidated fund of India
(B) Distribution of net proceeds of taxes between the Centre and the States
(C) Determine factors governing grants-in-Aid to the States
(D) Recommend to the President the measures needed to augment the consolidated Fund of a State
41.  Which Constitutional Amendment Act, provided reservation in admissions in private un-aided educational institutions for students belong to Scheduled Caste/Tribes and other Backward Classes ?
(2006)
(A) 92nd Amendment Act
(B) 93rd Amendment Act
(C) 94th Amendment Act
(D) 95th Amendment Act
47.  Choose the correct statement/statements :
1. Right to vote is not a Fundamental Right but a Constitutional one
2. Prisoners and under trials in India do not have the right to vote
(A) 1 Only
(B) 2 only
(C) Both
(D) None
56.  The voting age in India was reduced from 21 years to 18 years by the
(A) 61st Amendment Act
(B) 63rd Amendment Act
(C) 64th Amendment Act
(D) 69th Amendment Act
84.  Within what time should information be provided under RTI in case of life and personal liberty of a person ?
(Section 7(1) of Right to Information Act, 2005)
(A) 24 Hrs.
(B) One Week
(C) 48 Hrs.
(D) 30 Days
85.  Right to Information Act came into force in
(A) 12th Oct, 2005
(B) 12th Oct, 2006
(C) 12th Oct, 2007
(D) 12th Oct, 2008